Do you consider other people’s points of view?

As part of the culmination of our rainforest topic, Year 3 got to stage a debate this week on the question:

Should the rainforest be saved?

Before the debate we all questioned why you wouldn’t want to save the rainforest based on all the work we have done this term! However, through exploring our geography objective of describing and understanding key aspects of human geography including types of settlement and land use, we assumed different characters such as tribespeople, lumberjacks, tourists and oil company workers to consider the question from their point of view.

Then we practised debating in small groups before staging our whole class ‘Great Debate’. The different points of view were argued so strongly that a verdict on the question could not be reached at the end of the debate and as a result, we had to utilise ‘Conscience Alley’. Three of us took it in turns to walk through a ‘corridor’ of our classmates, in character, all whispering their strongest reason for being for and against saving the rainforest. 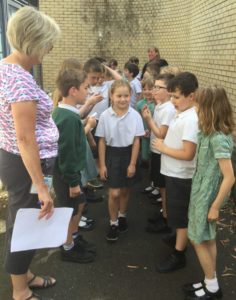 Final Verdict: Yes, the rainforest should be saved!