opposite viewpoints and shared perspectives

In Year 6 we have been writing poems for 2 voices. We explored opposite viewpoints on a subject and also considered any common or shared perspectives.
Bryn wrote a poem about Fire and Ice that included carefully selected language and painted some vivid images in the reader’s mind.
James wrote his own poem about 2 friends. He had some excellent ideas which he was able to match with some clever rhyming words which gave his poem a sense of rhythm.
We also practised performing our poems to an audience.
Ben gave a humorous performance which highlighted the contrasting perspectives of a Roman and a Celt.
Sam wrote a very descriptive poem and performed it with great expression. 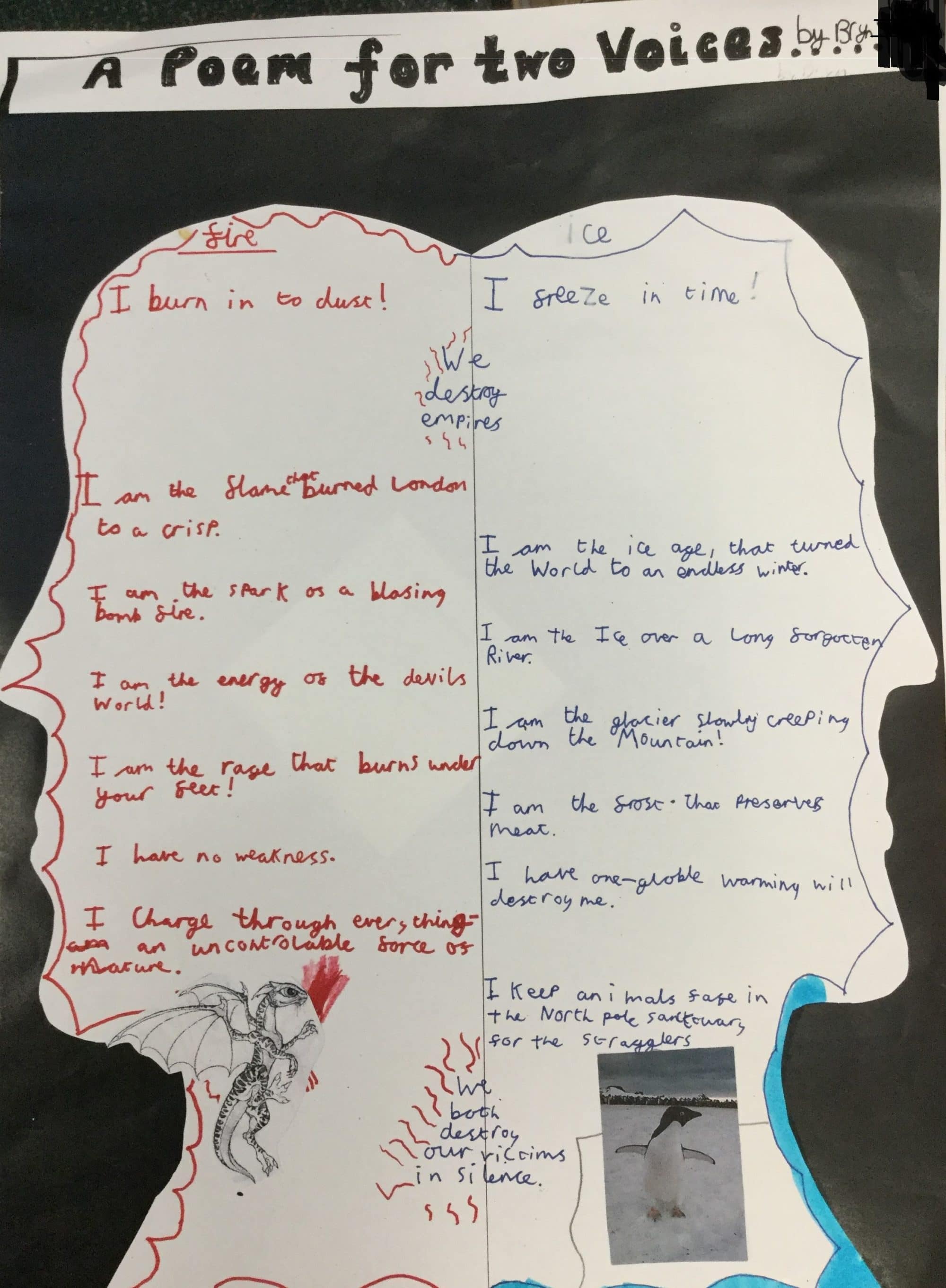 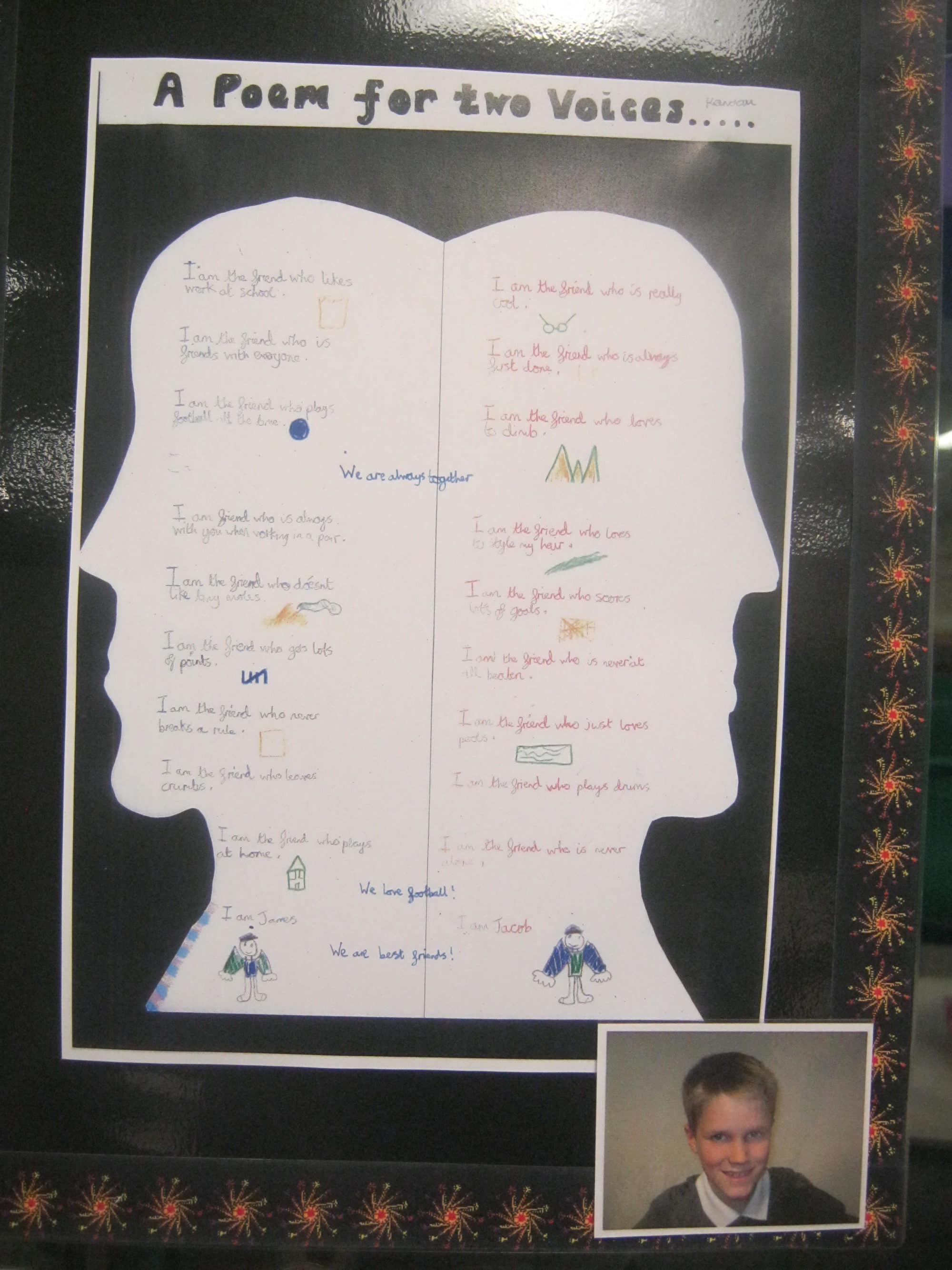 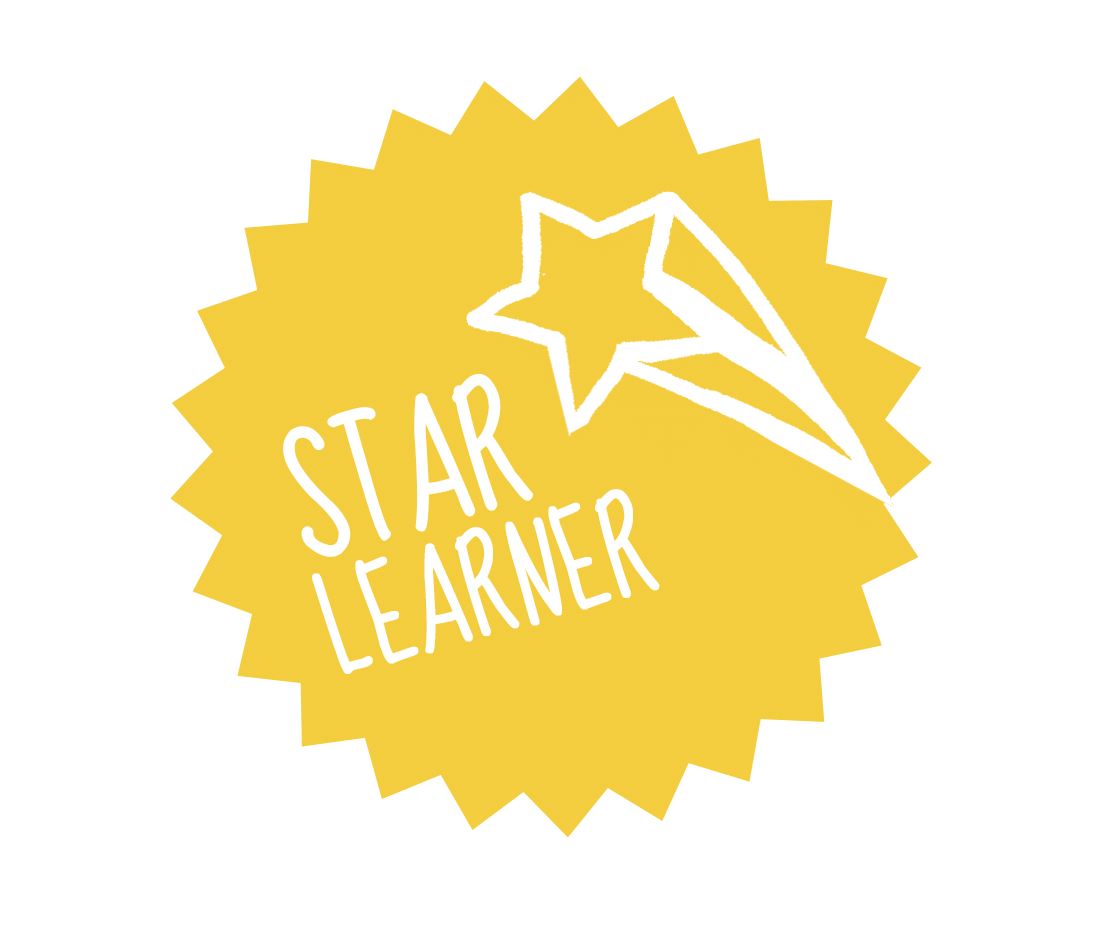 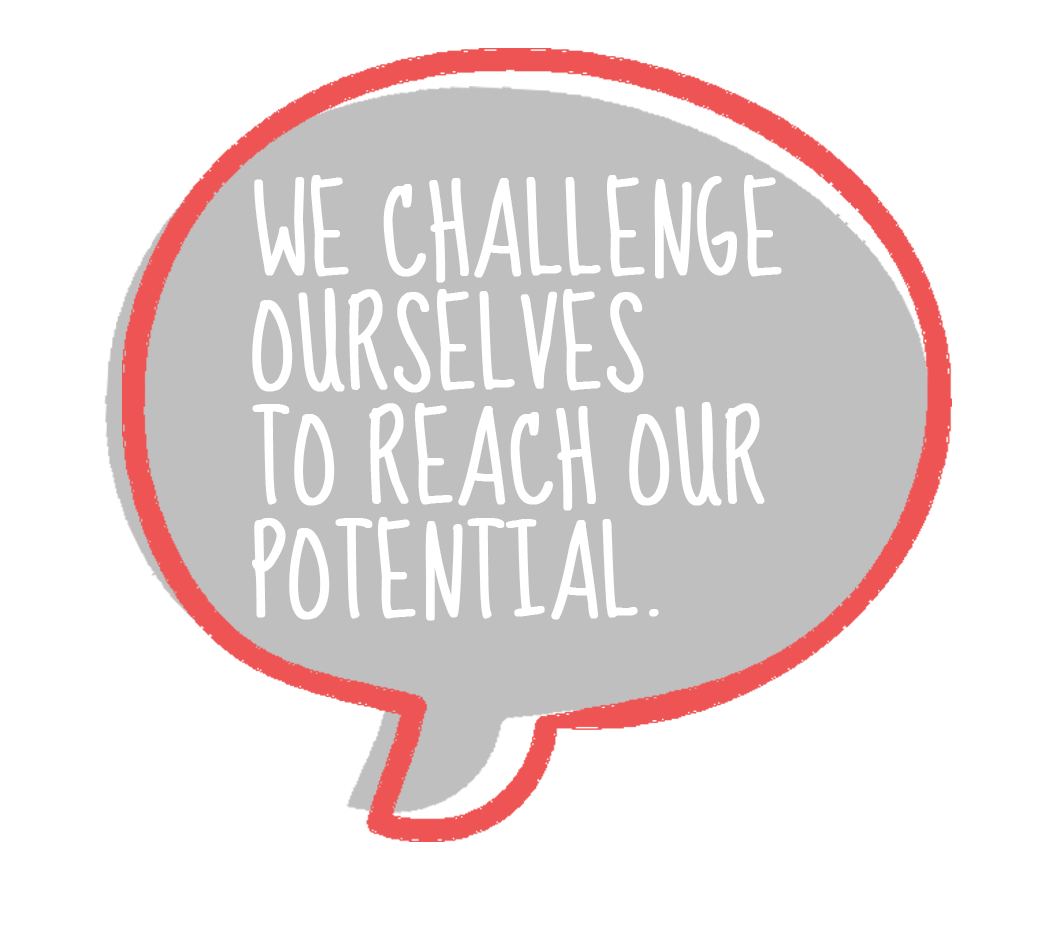